Your Guide to Everything Indian Snacks! 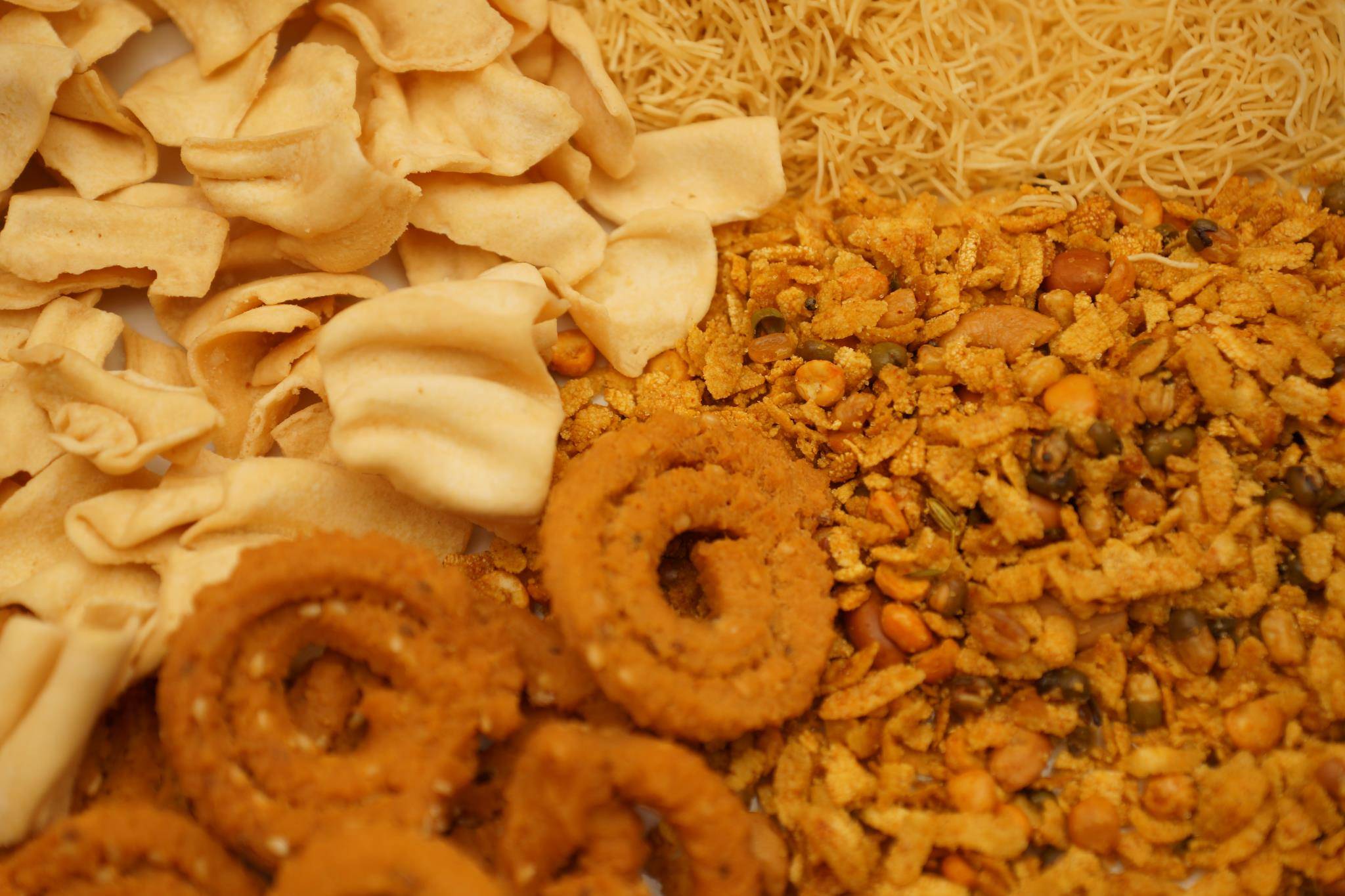 If you think of India, one of the first things which will cross your mind is how diverse the country is. Diversity is one of the characteristics that best describe India still today. Every area and in every state in India celebrates many different languages, dialects, unique traditions, and most importantly, Indian food recipes. Food in India is so diverse that a common Indian cooking recipe in one area may be completely stranger to the people living from another region.

Two things make Indian cuisine rich and diverse. First is India's history – Over the years, many foreign invaders have crossed and stayed in India and influenced the country's history and cuisine. Second is India's cooking values – Indian cuisine is special because cooking is considered an art in India. Indian cooking recipes serve as heritage-something of value that can be passed from generation to generation. Indian food can be made special all year round, but Indian food recipes are made extra special during the holiday, such as Pongal recipes.

The history of Indian snacks is closely related to the country's culture and traditions. Snack is a small portion of food consumed between meals. Indian cuisine is as diverse as the Indian people and has a large selection of snacks. The majority of Indian snacks are based on potatoes combined with different spices. Aloo Ki Tikki is one of the oldest snacks in the history of Indian food. Another snack greatly enjoyed by the people is Samosa, one of the many Indian recipes that were passed on from ancient times.

Most snacks usually follow the specified recipes with the constant suggested ingredients. Although there are some authentic Indian dishes which are not limited to a strict formula, since they differ from household to household. For instance say, on visiting North India, particularly Punjab try out a Dahi Barra yogurt, it will taste and even look slightly different than a similar Dahi Barra in South India (Tamil Nadu). Most famous of them is Bhel Puri, this tasty Indian snack is made out of crispy puris, puffed rice, sevs, chili powder, potatoes, onion, chat masala, coriander, and lemon juice. It comes in two versions, spicy or sweet.

To benefit from the snacks you eat, you ought to think healthy. You can even add snacks to your diet. If you are having trouble getting all the essential vitamins and minerals your body needs from your main meals, healthy snacks can fill in the gaps. They can give energy in the middle of the day or when you exercise. Snacks can help you manage hunger in between meals and keep blood sugar at proper levels. Snacks containing fiber also can give health benefits, such as helping to maintain a healthy weight and lowering your risk of diabetes, heart disease and some types of cancer. Consuming healthy snacks at the correct time and in the right proportion is the key to obtaining the most from your snacking habits.

Some Easy Made Indian Snacks For Kids

Indian snacks for kids are good if they are healthy as the extra nutrients help promote a child's growth and development. Whether you buy packaged snack food or make snacks at home, snacks will increase your child's vitamin, protein, and calorie intake to keep them healthy and strong. Here are a few suggestions for quick Indian snacks and easy Indian snacks for kids that you can make at home – Muffins, sweet potato bread, fruit bars, yogurt-fruit smoothies, besan laddoo, whole grain waffle sticks and many more. While many Indian recipes use ghee or clarified butter, it is very easy to make Indian traditional food items too.

Indian cuisine is closely associated with Indian history, each historical region developing a unique set of dishes using diverse ingredients. However, a constant remains for all regions: the affinity for snacks. If you'll be able to appreciate the facts behind the history of Indian food, the setting in which this great country's cuisine was formed, the influence it took and the diversity it created, then you will surely appreciate one of their snacks and appetizers.

No other country contains a wider choice of exotic dishes and no other country offers such a large variety of impulses for your taste buds. There are so many things you never forget about India, one of them is snacks and a variety of them.

Enter your email and receive 10% off your first order.

Be the first to know about sales, discounts, and free giveaways!

Subscribe now to be the first to know about sales, discount codes, and free giveaways!